The Finns would very much like to return Vyborg

The process of Sweden and Finland joining NATO has continued. On July 4, negotiations between these countries and the Alliance were completed in Brussels. On July 5, the Foreign Ministers of Sweden and Finland signed the Accession Protocol at NATO Headquarters. Ruslan Pukhov, a military analyst and director of the Moscow Center for Analysis of Strategies and Technologies (CAST), spoke about the military significance of NATO expansion in the northwest.

– Of course, this means the deterioration of our strategic position. And not because these countries suddenly became anti-Russian overnight – even before that they loved us like a dog with a stick. However, they were not at least formally integrated into NATO structures, and accordingly, they behaved cautiously and correctly towards us.

Now, their joining the Alliance may lead to the fact that their leadership – especially in conditions when governments are changing from more sane to less sane – is able to start provoking us, which will increase the risk of starting a war. In any case, such a move by Stockholm and Helsinki does not lead to anything good. And the one who says that their entry into NATO means practically nothing to us, he, I think, is disingenuous.

Everything is pretty serious. For example, the Finns decided to buy the American F-35 aircraft. With modern weapons on board, this is a formidable military force that poses a danger, including even to our 5th generation aircraft, which we also currently have in very limited numbers.

I think that the Finns probably have largely worked out protocols for suppressing our air defense systems. So it is not surprising that the possibility of using tactical nuclear weapons in this area is becoming more and more relevant for us.

– The Finnish army is a very powerful combat structure. Not because she fought a lot, but because all her life she was well prepared to fight with us. And in which case their army will be very motivated. The Finns have good tank units. Excellent infantry. This is generally a very serious opponent.

– The Swedes have a smaller army than the Finns. Their army, relatively speaking, can be called less militant. And then, unlike Finland, we have no land border with the Swedes. Let me remind you that the border with Finland is more than a thousand kilometers.

However, the Swedes have the deepest, centuries-old Russophobic traditions. And this fact also makes them very unpleasant opponents. If they have to fight with us, they will also be very motivated to do it.

– Yes, but in addition to aircraft, they also have their own beautiful corvettes, submarines, missiles… In general, both Sweden and Finland are rich countries. Everything that they lack for their own army, they can buy either in other European countries or in the USA, as the Finns do, buying F-35s there.

Now, against the backdrop of our special operation, the military budgets of these countries will be increased, and in the field of defense they will begin to integrate more closely with the rest of the European countries of NATO.

Previously, they mainly developed these ties with their neighbors – Norway, Denmark. Now military cooperation will spread more widely to Europe and the USA, which, of course, is bad for us.

This will force us to invest more financially in the arms race. We've already gotten into it. And now it doesn’t matter at all whether we did it ourselves or were dragged into it. The score is on the scoreboard. We will have to spend more on defense than before February this year. This means that less money will be spent on infrastructure projects, healthcare, and education. There is no need to have any illusions here.

– Yes, it is observed correctly. The Baltic has been largely demilitarized since the 1990s. Most countries, including Russia, kept symbolic contingents of their navies there. A naval and missile arms race will now begin in the Baltic. And the worst thing is that with the entry of Sweden and Finland into NATO, St. Petersburg is turning into a front-line city. This puts it at risk, as the Alliance's modern weaponry gives them the ability to strike devastatingly at the city. To prevent this, we will have to seriously strengthen the air and missile defense system there.

– I agree. But there are two main components of the NATO structure. One is a military organization. The other is political, through which the Americans conduct their policy in Europe. A kind of seatbelt to Washington.

In this second component, by and large, with the entry of these two countries, nothing changes. As Washington dictated its own will through NATO, so it will continue to dictate it. It's just that two more countries are added to the European list that refuse to pursue a policy independent of the United States.

On the other hand, the military component of NATO at the expense of Sweden and Finland will experience a noticeable increase. The entry of many newcomers into the Bloc did not give the Alliance anything, since these countries were not security donors. They became consumers of security and could not give anything to the military organization of NATO.

– After Poland joined NATO in 1997, all other countries were basically ballast for the alliance. In some cases, a completely frank ballast, like, say, Montenegro, Croatia or Albania. In some cases, partial – like Slovakia or the Czech Republic.

It is quite obvious that in the 25 years since the first wave of NATO expansion, this structure has been growing for the first time not as a liability, but as an asset. In this sense, this is, of course, a valuable acquisition for the alliance.

– How to say … The Swedes say that they have not forgotten how the troops of Peter I ruled their territory 300 years ago. They remind us of some burned church.

But we also have a good memory, and we remember how in 1706 in Poland the Swedes treated captured Russian soldiers who fought as part of the Saxon army. After the battle, the Swedes then methodically separated the Russians from the Saxons, after which all our soldiers were stabbed with bayonets right on the spot, thereby committing a war crime.

During World War II, Sweden de facto, although not de jure, was ally of Hitler. Being formally neutral, she took a position hostile to us, helping the Nazis.

– If we talk about the everyday side of the issue, then, of course, the Finns are civilized, rich people. And any xenophobia is most often born out of poverty, when everyone is offended by everyone. But it's about politics. Everything is different there. 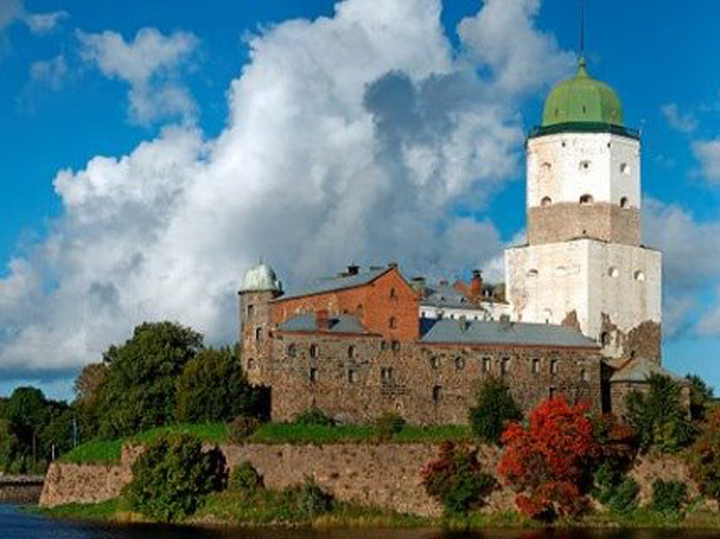 Despite the fact that Finland formally did not have any territorial claims against Russia, recognized the results of World War II, nevertheless, the Finnish political establishment, and many Finnish citizens, did not forget that the city of Vyborg was once the second largest Finnish city after Helsinki Viipuri. The Finns lost it in 1940, then left in 1944. And at any slightest opportunity, of course, they will try to return it.

– I am sure that if there is the slightest opportunity to return their former territories, they will, of course, use such a moment. I have no doubt that Vyborg and half of Karelia will try to “squeeze” us.

– It all depends on the situation. And it will worsen with the entry of Finland and Sweden into NATO. True, we had no illusions about these countries before. Therefore, now we will simply have to competently maneuver the available opportunities, restrain the unjustified or provocative impulses of these countries.

Both the Swedes and the Finns have already experienced the power of Russian weapons. bad memories for them. They still remember very well how they got hit in the teeth from us. And if you suddenly forgot, so we can remind you. So they can cling to us again only if we turn out to be frankly weak. So we can't be weak.