Failure to comply with the deal with Turkey will cost Sweden and Finland much more than its implementation, Akif, chairman of the parliamentary foreign affairs committee, said on Sunday Çağatay Kılıç in connection with the agreement between Ankara, Helsinki and Stockholm reached at the NATO summit in Madrid. 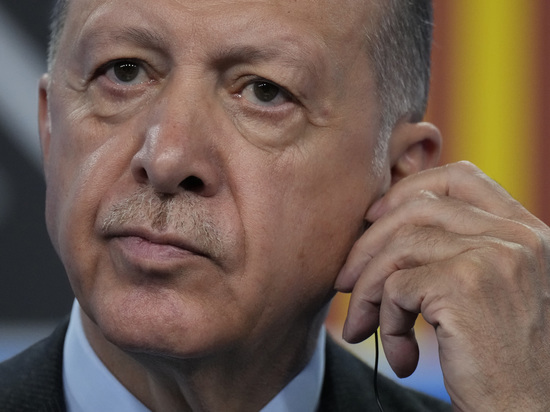 In a conversation with the Anadolu (AA) agency, Akif Çağatay Kılıç assessed the memorandum signed by Ankara, Stockholm and Helsinki on the processes for the accession of the two Nordic countries to NATO.

Kılıç said that by applying for NATO membership due to of the Russian-Ukrainian conflict, Sweden and Finland have changed their policy of neutrality, which they have adhered to today, adding that the final stage of the launched diplomatic process was the signing of a memorandum at the NATO summit in Madrid, Daily Sabah writes.

In this context, a written statement was agreed and the Foreign Ministers of Turkey, Sweden and Finland signed this MOU, Kılıç explained, stressing that the agreement put the Kurdistan Workers' Party (PKK) back on the agenda as the group was written in the tripartite memorandum as terrorist organization.

Noting that Sweden and Finland also agreed to fight the PKK and its “subsidiaries”, including its Syrian offshoot YPG, Kılıç said: “Most importantly, FETÖ (the movement of Fethullah Gülen supporters) is referred to as a “terrorist organization” for the first time in an international document. FETÖ was included in the international memorandum of understanding as a terrorist organization in the sense that Turkey considers it.”

Stressing that the signing of the memorandum does not mean that Sweden and Finland can immediately begin the process of joining NATO, Kılıç said: “The negotiation process will continue for some time and will eventually be submitted to parliaments. This is a process that must go through the parliaments of all NATO allies. The memorandum is the beginning of this work.”

The Turkish politician emphasized that the countries that signed the memorandum assumed written obligations. “If you fail to meet these obligations, sorry, you will not be told that you are a man of your word, and we cannot trust you in any so-called agreement that we come up with. Failure to comply with the memorandum costs much more than its enforcement. Because trust will be lost, your words will not matter. There is a process that begins in this sense. We will monitor whether the guarantees given in writing are being followed.”

The agreement signed with Finland and Sweden to lift Turkey's veto on their NATO membership applications is not the end of the matter and obliges the Scandinavian states to keep their promises, President Erdogan said earlier.

He said there was no need to rush with the ratification of applications in Parliament. According to the Turkish president, Ankara should first check whether Sweden and Finland will fulfill the promises made under the memorandum, including the extradition of suspects wanted by Turkey.

“Without the approval of our parliament, this will not come into force. So there is no need to rush,” Erdogan scared the Swedes and Finns.

Sweden and Finland must honor promises made to Ankara as part of the deal regarding their NATO membership bid, including Stockholm's promise to extradite 73 “terrorists,” the Turkish leader said.

“We strongly emphasized that we expect genuine solidarity from our allies not only in word but also in deed,” Erdogan told reporters after the Madrid summit of the US-led military bloc.

The applications of Sweden and Finland for membership in the North Atlantic Alliance were delayed until the last moment by Turkey, which sought guarantees that the Nordic countries would join Turkey's fight against Kurdish groups, which Ankara considers terrorist, and quickly extradite the suspects. The dispute was resolved by a 10-point memorandum that appears to address many of Turkey's terrorism concerns and lift the arms embargo on Ankara in response to the 2019 Turkish military operation in Syria. But Erdogan said he now expects the two countries to honor the deal in full.

Erdogan threatened Sweden and Finland that he could still block their bid to join NATO if they failed to implement the new deal with Ankara. If these countries do not keep the promises made to Turkey, support for their application will not be sent to the Turkish Parliament for ratification. Applications of new countries for membership in the Alliance must be approved by all NATO member states and ratified by the respective parliaments of the countries.